‘The Last of the 20th Century Girls’ is Findlay's most open, vulnerable and introspective body of work yet. Drawing upon her own personal experiences since the release of her debut album ‘Forgotten Pleasures’, the multi-skilled artist explores complex, fully-realised themes ranging from grief and loss to the struggle of losing and re-building one’s confidence, through challenges and pitfalls. And there’s technological prowess across the board, with mastering by five-time Grammy Awards winning engineer Antoine ‘Chab’ Chabert (Daft Punk, Charlotte Gainsbourg, Sebastien Tellier), production and mixing by French multi-instrumentalist songwriter and producer Jules Apollinaire (Black Honey, Sophie And The Giant, Suki Waterhouse), who is also Findlay’s bandmate in TTRRUUCES, as well as Grammy and  MPG awards winning mixing engineer Caesar Edmunds (Foals, PJ Harvey,  St Vincent, Beach House).

The album will be comprised of fourteen tracks, including previous singles,  breezy alt-indie cut ‘Life Is But A Dream’, self proclaimed ‘creepy banger’ the ‘Strange One’ and the 80s-inspired ‘Night Sweats’, with the latest being championed by BBC 6 Music’s Chris Hawkins who called the track an “absolute jam”. Throughout the rest of the album's broad ethos of independent musicality and self-awareness, Findlay explores the weight of her own evolving identity and the depths of her vivid imagination. Self-described as a “late coming of age story”, drenched in nostalgia, melancholy and the kind of strange experiences only a misunderstood millennial could have.

The album effortlessly blends a diverse melting pot of breezy alt-indie, psychedelic pop, dreamy lo-fi chill, indie-rock and expansive cinematic sounds. The latter is supremely explored through Findlay’s focus on self-directing her own visceral music videos, she’s the epitome of ‘DIY Artist’, having “made the decision that the next music I released I had to own, I had to be in control and I didn’t want to ask permission or opinions from anyone else on the making of.” 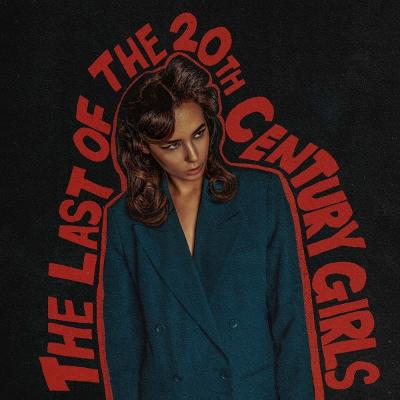